Happy Birthday BADCHIX You Are 10

In honour of our 10th birthday, we’re celebrating you, our community of awesome users. Throughout the summer months, we’ll will pop-up in some states, countries and different continents out of now-where. To Party together with you on amazing local festival(s).

Don’t miss out on the biggest Badchix parties ever! Buy your tickets for our upcoming cities now to experience the party of the lifetime.

We notice you’re from the great country of [geot_country_name]!

[geot country=”BE,LU,NL”]Below you find a list of local locations where we will held an Official Badchix BENELUX Meetup! 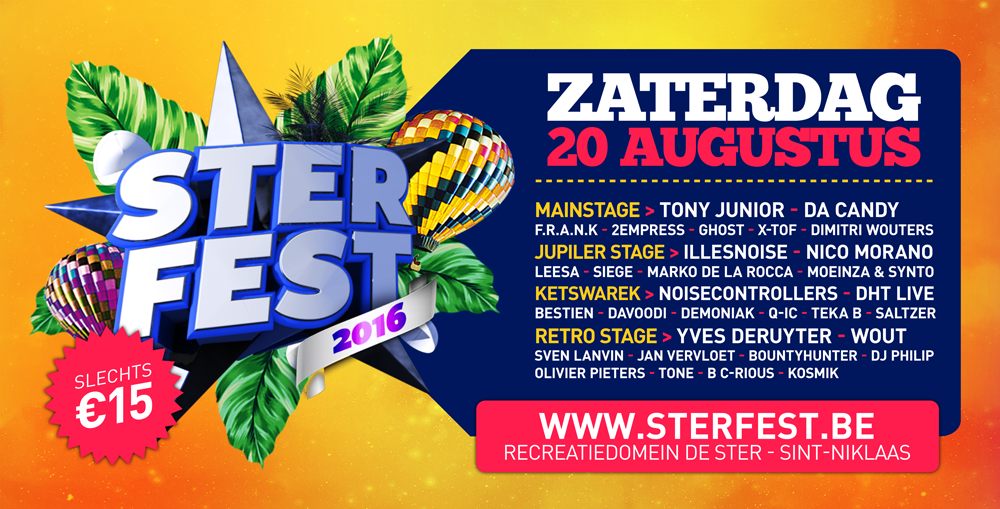 It’s time to hit the world famous country of Belgian Chocolate as Badchix joins forces with a local Festival STERFEST for our massive global 10th Anniversary.

In case you are wondering you’ll 100% run into your favorite editors from Badchix as they will be there too!

Badchix will have its own MAINSTAGE signature at STERFEST. We will see the coming together of thousands of Badchix Readers and musical enthusiasts from across the country. It will also introduce many people to the Badchix Community who, prior to STERFEST, thought Badchix was just a nasty p*rn brand. All are welcome at STERFEST.

The Belgian guys over at Replay Events, is now organizing their second edition of their Dance/Beachfestival STERFEST on Recreationpark De Ster in Sint-Niklaas on Saturday the 20th of August.

Even better news! We are giving away 10 VIP passes for some of our Badchix Readers and their partner to join us for free in the VIP of STERFEST.
The only thing you need to do is fill in the form below at page and we contact you within 3 days if you have won a VIP duo ticket.

• VIP Shuttle service from the entrance to the VIP section. 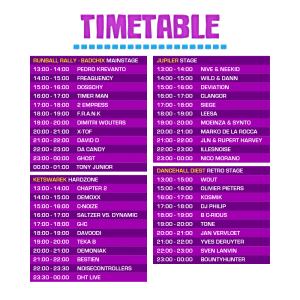 • You will greeted VIP-style by Chiara Creemers, known from Temptation Island.
• You will receive a VIP bracelet that allows you access to the covered VIP Deck!
• There will also be a free glass of Ice-Tropez and a coupon for an Edelweiss Gin with Tonic!
• Furthermore there will be VIP catering throughout the day
• Last but not least, the companionship from fellow Bachix Readers, editors and girls!
That’s everything you need for a fun day at the festival, completely for free.
This is a chance you don’t want to skip!

We hope to see you there!

Don’t miss out on the biggest Badchix parties near you! Buy your tickets for our upcoming cities now to experience the party of the lifetime.

We’re giving away 10 VIP DUO TICKETS for free! Simply submit your answers to three simple questions in our official giveaway form below and we’ll announce the winners during next week (August 15-17).

Where we came from, and where we’re going

Ten years, that’s how long Badchix exist! To celebrate I grabbed a bottle of Basil Hayden’s off the shelf, throw some ice in a glass, and try my best to let Badchix Readers know which way we’re turning the sails here at Badchix HQ and I relay information with a healthy dose of history for a couple reasons: We have a lot of new Badchix Readers out there who deserve to know who we are and where we came from.

Second is that framing the future for you with a firm grasp on history is important for me. Losing touch with where you came from as a company is a severe miscalculation. A smart man once told me, “A great startup becomes successful because it stays true to its core ideals. Two middle fingers in the air to the institution… but then like a gypsy moth, if it forgets where it came from, it will become administratively top heavy, lose its culture, and experience its slow and inexorable decline.” 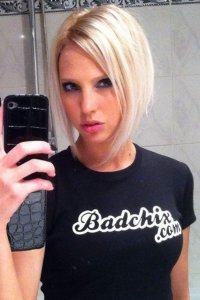 Most entertainment companies find a way to insulate themselves from their audience. When Robert McKee wrote his iconic book, ’Story’ he said, “The audience is not only amazingly sensitive, but as it settles into a darkened theatre, its collective IQ jumps twenty-five points.” Our CEO’s and politicians would be well served to take a note from McKee, the collective consciousness of the people is often far smarter than they fancy themselves to be. Trying to outsmart your audience will end in certain failure. Lucky for us, we’re not that smart. We have our failings. I’m proud of that, actually. And here’s why…

We are willing to fail here. Your last interview before you are hired at Badchix HQ is with me. I will explain to you two imperatives to working at Badchix HQ.

Failure is the key to all our success. Our willingness to fail is all we have.

To that end, we’ve had a lot of success. Despite all the temptation that exists at our altitude we have not sold out, not one suit in the joint, and if you don’t like drinking beer at the office bar with the Badchix girls in lingerie on Fridays, exits are available at the front and rear of the aircraft.

So here we go, I’m pretty drunk so the spelling isn’t gonna get any better… 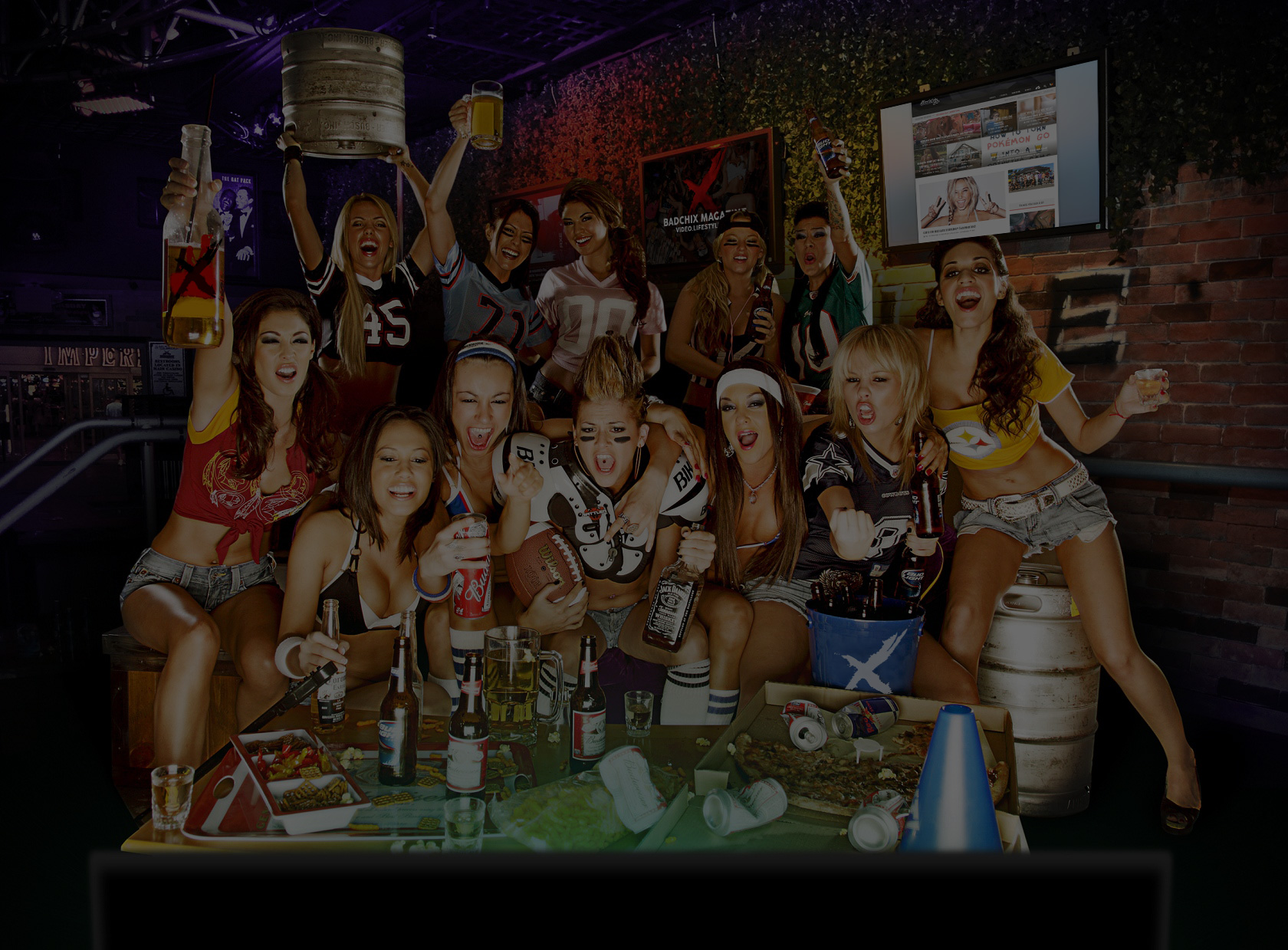 Where we came from – There’s a sudden energy gained by freedom, it moves with you wherever you go for a while. It energizes those around you. In those early days there were only 2 of us, we had this website, this theatre. The Badchix Party Babes Compilations had 87 views, holy shit. There were others out there who liked what we liked. There were others out there… 5 Years later we started also with Badchix Live a group of fire breathing girls that travel the world to perform at awesome events. A wild show that will get your heart racing! The Badchix will take over any stage with a mix of unbelievable fire breathing, special fire effects and breath taking dancing performed by the baddest chicks around. Probably the ultimate live entertainment experience in the world.

Where we’re going – Nobody likes change, I fuckin’ don’t. But we must evolve carefully with the user experience in mind. We are working very hard to re-open our subscribers page, where users will earn credits! For years, it has been the Badchix Readers submissions that have helped separate Badchix from the internet echo chamber. From the original funny photos to our There are Sexy Badchix among Us photos, your contributions to the fabric of Badchix HQ are not lost on us. In the near future, we’re paying you back, literally.

The #1 request of Badchix community has been to receive credit for those amazing submissions, even just in name attribution. My Team and I thought we could do better than that; a plan was hatched. Our plan goes far beyond a user-generated submissions page. We are building a bridge to connect our different brands, something that not has been attempted like this, but we must always evolve, push ourselves to do something amazing. Name credit alone wasn’t enough for us, you should earn points that can be converted into cash at our Badchix Network.

More details about this will be released soon!

We must evolve and that means we have to be willing to fail today just as much we were 10 years ago; step in the batters box and swing whether we make contact or not.

I hope you’ve learned a few things about our plans as a company, Badchix HQ. If you liked it, be sure to  share it so as many Badchix Readers as possible are informed. Most of all, I hope you understand that we’re doing our very level-best with your interest in mind. We’re not a corporation and I refuse to become one.

[geot exclude_country=”BE,LU,NL” ]Hi there, unfortunately there are no Official Badchix [geot_country_name] Meetups in your region yet!

In case you wish to organize one, please contact us here.[/geot]