Chris Brown is being arrested on suspicion of assault. He ‘pointed a gun at beauty queen’s head’.

Chris Brown has been arrested on suspicion of assault with a deadly weapon after a prolonged, 11-hour stand-off with the police at his $4million mansion.

Baylee Curran, a former Miss California Regional 2016, called 911 at around 3am on Tuesday claiming Brown had pointed a gun at her after she admired his friend’s jewelry, TMZ reported. Police arrived at Brown’s sprawling estate in Los Angeles, but no one answered the door and it took hours before they obtained a warrant to search the home for a weapon.

Emerging from his mansion around 2.43pm (PT), Brown took off his sweatshirt and sat on the ground in front of the door, appearing relaxed before he went back inside around 3pm (PT). Authorities said Brown was cooperating with the Los Angeles Police Department before he was seen in the backseat of a car being taken into custody around 5pm (PT).

LAPD Robbery-Homicide Division detectives searched the property, while Brown’s entourage of about half a dozen people were patted down and interviewed by authorities. 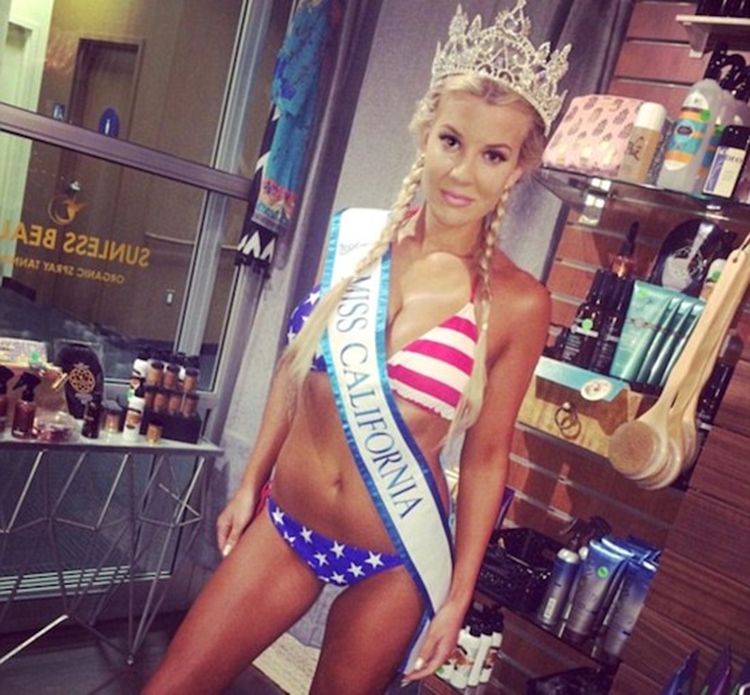 the chick who claim #chrisbrown pulled a gun on him speaks 💀