Dude writes an epic Topping Choice Note for his Pizza 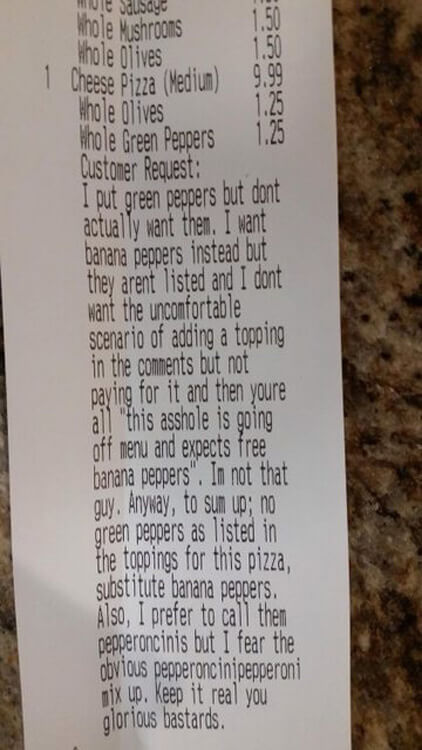 Some guy wrote this epic but very specific, crazy and funny note to a pizza place. He asked for green peppers on his medium cheese pizza, but he didn’t actually want green peppers; he wanted banana peppers. But, he didn’t want the pizza place to think he was being “that guy” by trying to get extra toppings without paying for them, so he ordered the green peppers to make sure he was charged for an extra topping.

Just read to full note to understand this hilarious note.