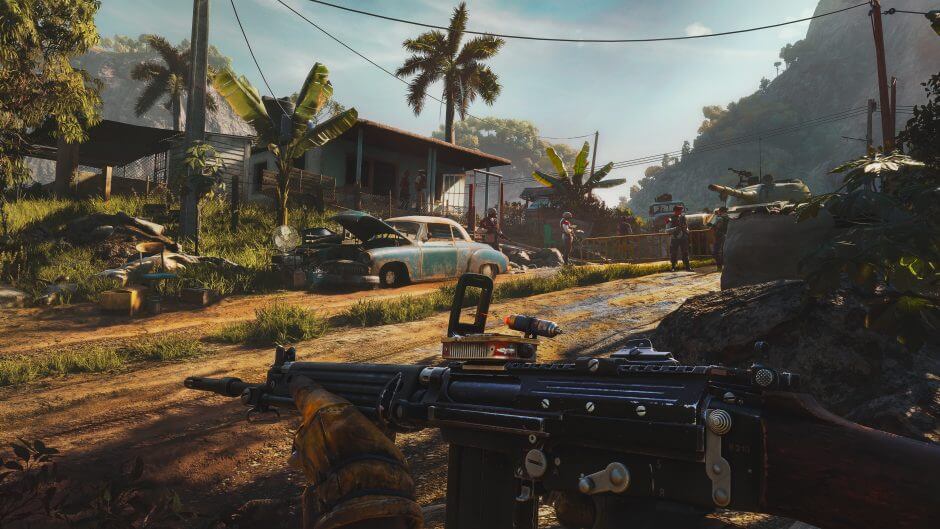 Far Cry 6 will be released on PC and consoles on October 7. Ubisoft also showed the first gameplay of the shooter.
The game announced last year is set on the fictional tropical island of Yara. There, dictator Anton Castillo – played by Breaking Bad actor Giancarlo Esposito – rules with his son Diego.

Players control Yara resident Dani Rojas, who fights for freedom as a guerrilla fighter in the jungles, beaches, and capital Esperanza. At the start of the game, you can determine the gender and appearance of the main character yourself.

The gameplay footage showed a wide variety of environments on the island, from jungles and beaches to villages and the capital. Players can use a variety of weapons, which have been crafted with all kinds of objects by the guerrilla fighters. For example, a weapon has been made from old engine parts and you can even fire music records. There are also various backpacks with extra options. There is a backpack that serves as a flamethrower and a backpack that can be used to firebombs.

Far Cry 6 is coming to PlayStation 5, PlayStation 4, Xbox Series X and S, Xbox One, Epic Games Store, Uplay, and Google Stadia on October 7. Watch the full gameplay live stream below – the stream starts on the thirtieth minute of the video. Below are some separate trailers that were also part of the stream.

Badchix go out on Fridays