WIN a DVD or Blu-Ray™ Copy 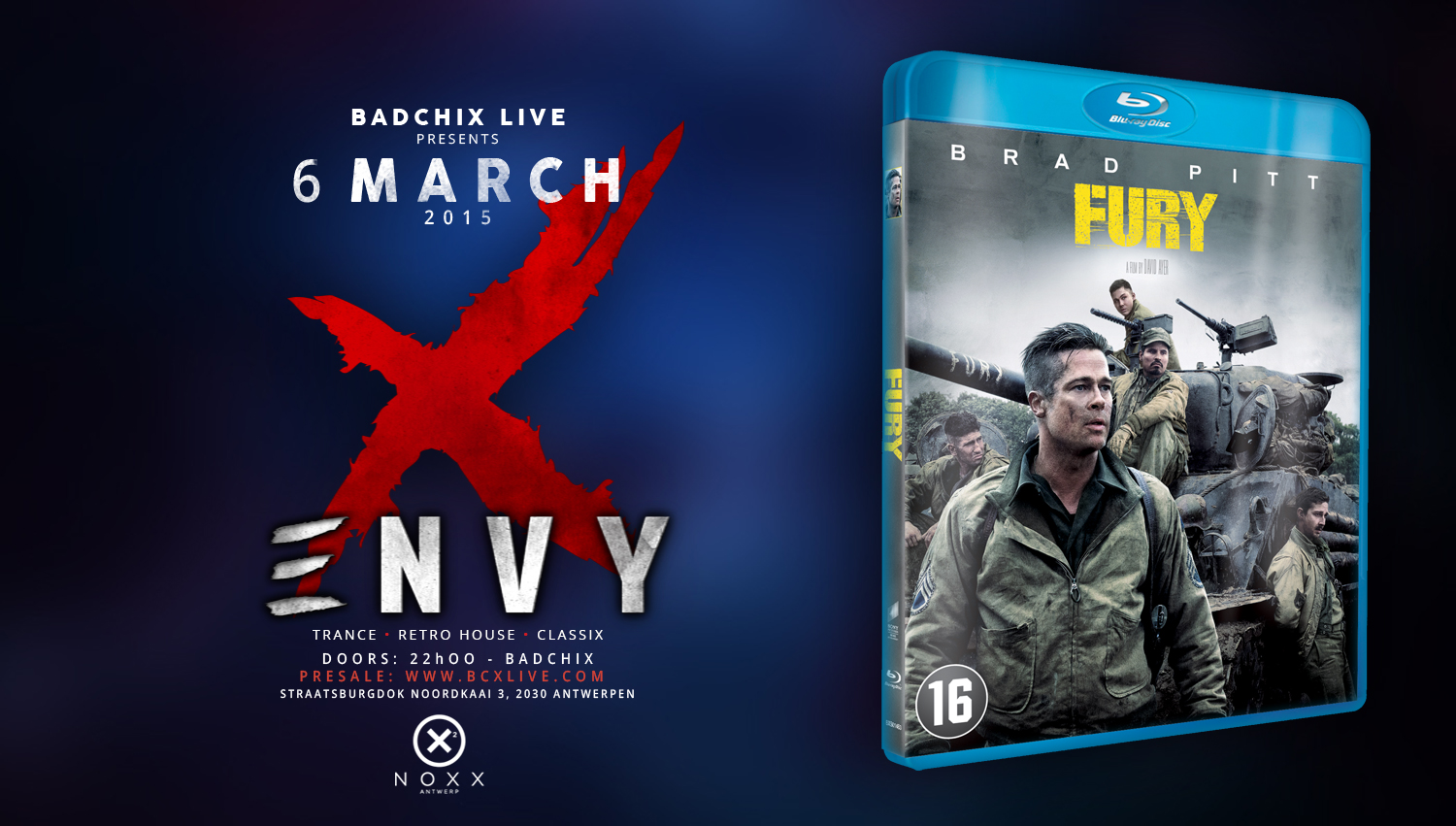 Sorry, you are to late to enter this competition! Next time hurry up!

[dropcap size=small]F[/dropcap]ury is a 2014 American war film written and directed by David Ayer. The film stars Brad Pitt, Shia LaBeouf, Logan Lerman, Michael Peña, and Jon Bernthal. The film portrays tank crews during the final days of World War II in Europe. Ayer was influenced by the service of veterans in his family and by reading books, such as Belton Y. Cooper’s Death Traps, about American armored warfare in World War II. Ayer aimed for a greater degree of realism in the film than in other World War II dramas. 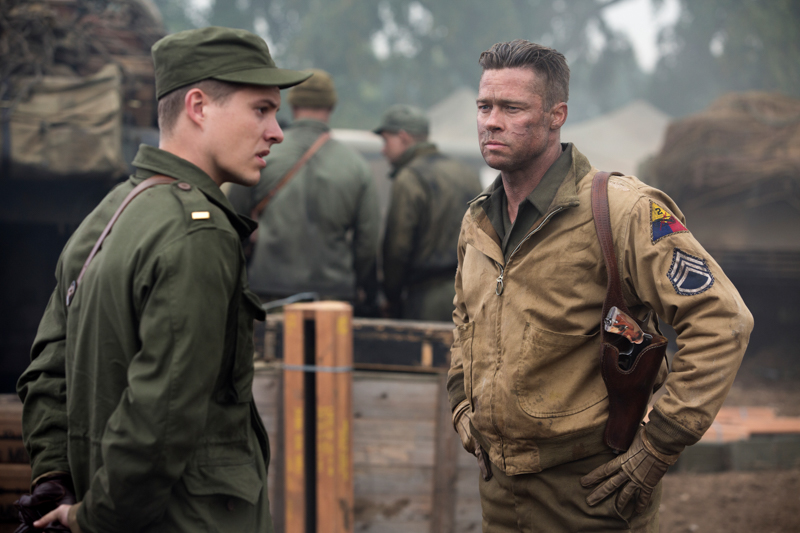 As the Allies make their final push into the Reich, a battle-hardened U.S. Army staff sergeant in the 66th Armored Regiment, 2nd Armored Division named Don “Wardaddy” Collier commands an M4A3E8 Sherman tank named Fury and its five-man, all-veteran crew: gunner Boyd “Bible” Swan; loader Grady “Coon-Ass” Travis; and driver Trini “Gordo” Garcia. The tank’s original assistant driver/bow gunner, “Red”, has been killed in battle. His replacement is the enlisted Army typist, Norman Ellison, who has neither seen the inside of a tank nor experienced the ravages of war. During his encounter with the men, they harass him and are cruel, obnoxious, and rude to him. Norman is then ordered to clean the tank, and vomits outside after finding a part of “Red’s” face. While at a forward operating base, it’s revealed that Wardaddy greatly despises the Waffen-SS, shown when he harasses an injured captive SS officer before telling Norman to kill every one of them he sees.

The surviving crew, who have been together since the North African Campaign, belittle the new recruit upon meeting him, both for his lack of experience and for his reluctance to kill Germans, especially the teenagers of the Hitlerjugend; a decision which results in the death of their platoon leader, Lieutenant Parker, and the destruction of his tank and crew. In an effort to ‘educate’ him to the realities of war, a furious Wardaddy demands Norman kill a captive German artilleryman. When Norman refuses, Wardaddy forces the gun into his hand and makes him execute the prisoner. 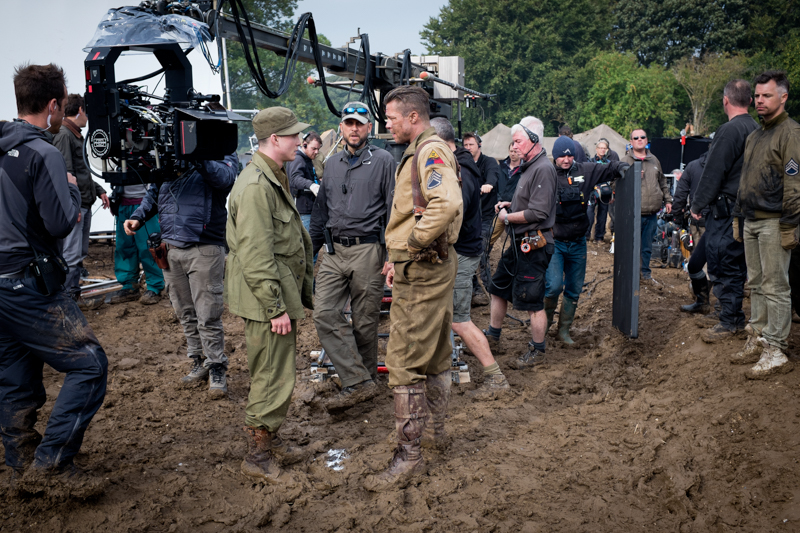 The bond between Norman and Wardaddy becomes stronger after capturing a small German town. Searching a house, Wardaddy and Norman discover a German woman, Irma, and her cousin Emma. Norman is then left behind closed doors in the bedroom with Emma. After they come out of the bedroom, the four then sit down and have breakfast together, but the tank crew barges in, rudely teasing the women and angering Wardaddy and Norman. Shortly afterwards, a German bombardment hits the town, killing Emma and some of the American forces. Norman tells Wardaddy that he has begun to enjoy killing German soldiers.

A platoon of four tanks, led by Fury, receives orders to hold a vital crossroads, protecting a clear path to supply trains and a camp full of allied nurses and rear-echelon supplies troops (the map shows Emmerthal south of Hameln, where the railway from the Ruhr district to Hanover crosses the Weser river). On the way to the crossroads, they are ambushed by a heavily-armed German Tiger I, which quickly destroys one of the tanks. The remaining three tanks reluctantly attack the German tank, knowing they are outgunned. The Shermans advance and attempt to outflank the Tiger, but two other Shermans are destroyed before they can make it. With some decisive and experienced maneuvering, Fury gets behind the Tiger where its armor is weakest, and destroys it. Bible notes that he believes they were spared for a reason and the men proceed to the crossroads, knowing that they are the only tank left to protect the camp down the road.

As they reach the crossroads, the tank is immobilized when it hits a landmine. They soon realize a reinforced company of three hundred Waffen-SS panzergrenadiers who have lost their half-tracks and trucks are heading their way. The crew initially wants to abandon the tank and escape on foot, but Wardaddy refuses to leave. The crew, not wanting to abandon their leader, decide to stay and plan an ambush. 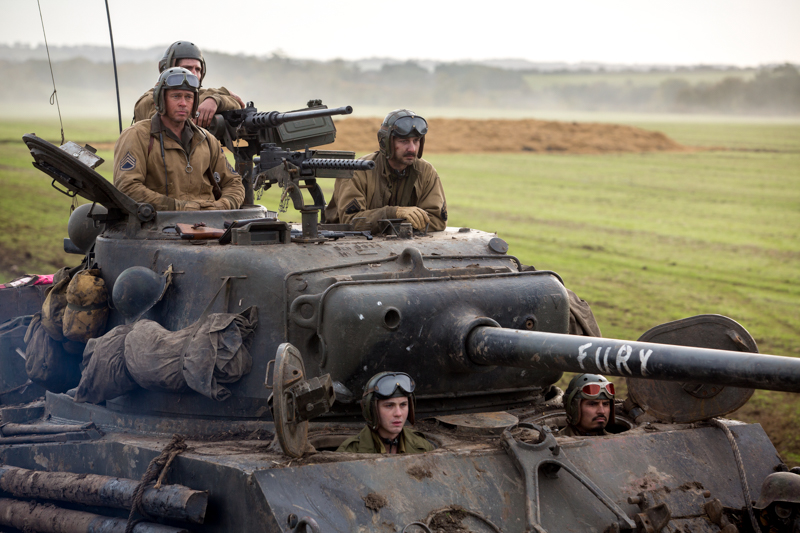 Immobilized, outnumbered and outgunned, the group talk as Bible tells “Isaiah, Chapter Six” as Wardaddy proclaims. Norman is then given the nickname “Machine” by Coon-Ass for his Nazi-killing, and drinking like a machine. Wardaddy and his men nevertheless inflict heavy losses on the Germans using both the tank’s and the crew’s weapons, Wardaddy using a captured German Sturmgewehr 44 assault rifle as a long gun, in addition to his M1917 .45- caliber revolver. As they continue to fight and begin to run low on ammunition, one by one Grady, Gordo, and Bible are all killed. Wardaddy is gravely wounded by an SS sniper using a Karabiner 98k rifle. Norman and Wardaddy retreat back into the tank where they share their last words. When SS soldiers drop two Model 24 Stielhandgranate stick grenades into the tank, Wardaddy, wounded and unable to move, orders Norman to escape through the bottom emergency hatch of the tank. Norman escapes as the last surviving crew member and hides in the partial crater previously made by the landmine explosion. The grenades then detonate, killing Wardaddy. A young Waffen-SS trooper discovers Norman beneath the destroyed tank but does not report him. Norman continues to hide as the surviving German soldiers move on.

The next morning, Norman awakens to return to his fallen brothers in Fury, he places his coat upon Wardaddy and takes his pistol as he hears movement outside. As Norman awaits his fate, he is discovered by U.S. Army troop, who tell him that he’s a hero. As Norman is being transported to safety, he looks back at the carnage of the hundreds of dead German SS troops surrounding the remains of the destroyed Fury.

Overall, Fury is a well-acted, suitably raw depiction of the horrors of war that offers visceral battle scenes but doesn’t quite live up to its larger ambitions.

Armored Warriors: real men in a Sherman tank; Blood Brothers; Gallery ; The Battle dairy of the director; No guts, no glory; The tanks of Fury extra; Deleted and extra scenes