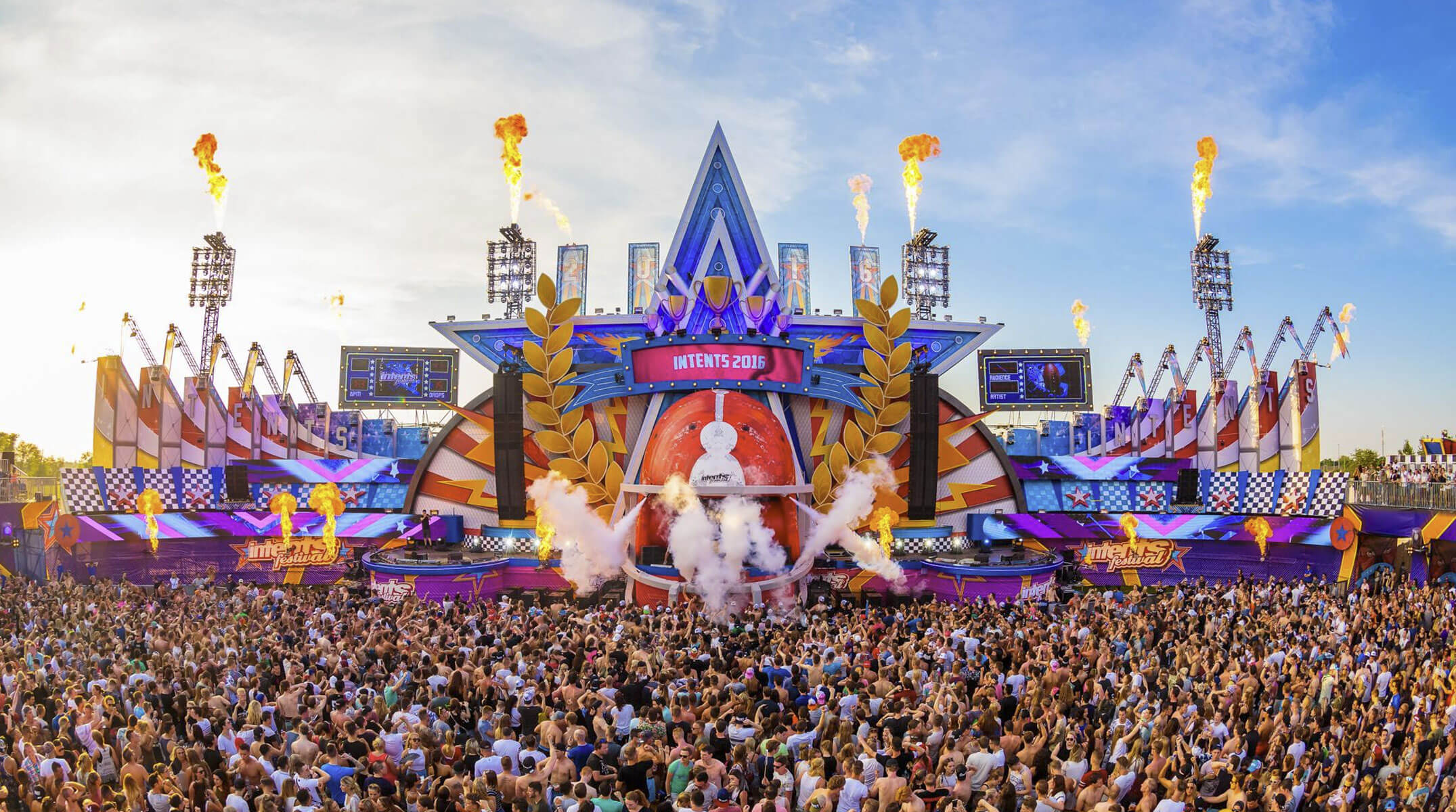 The Intents Festival is one of the most prominent multi-day dance events in Europe and a well-known concept in the Netherlands and abroad. Intents consists of two full festival days, which is unique for a Dutch dance festival. The Intents festival has already featured many top performers from the hardstyle, hardcore and freestyle scene. The festival is known for its impressive shows. The final show on Saturday, such as, has elements such as light, video, pyrotechnics, lasers and other effects all running in sync with the music. Additionally, Intents does whatever it can to decorate the festival and the various stages and to build iconic main stages.