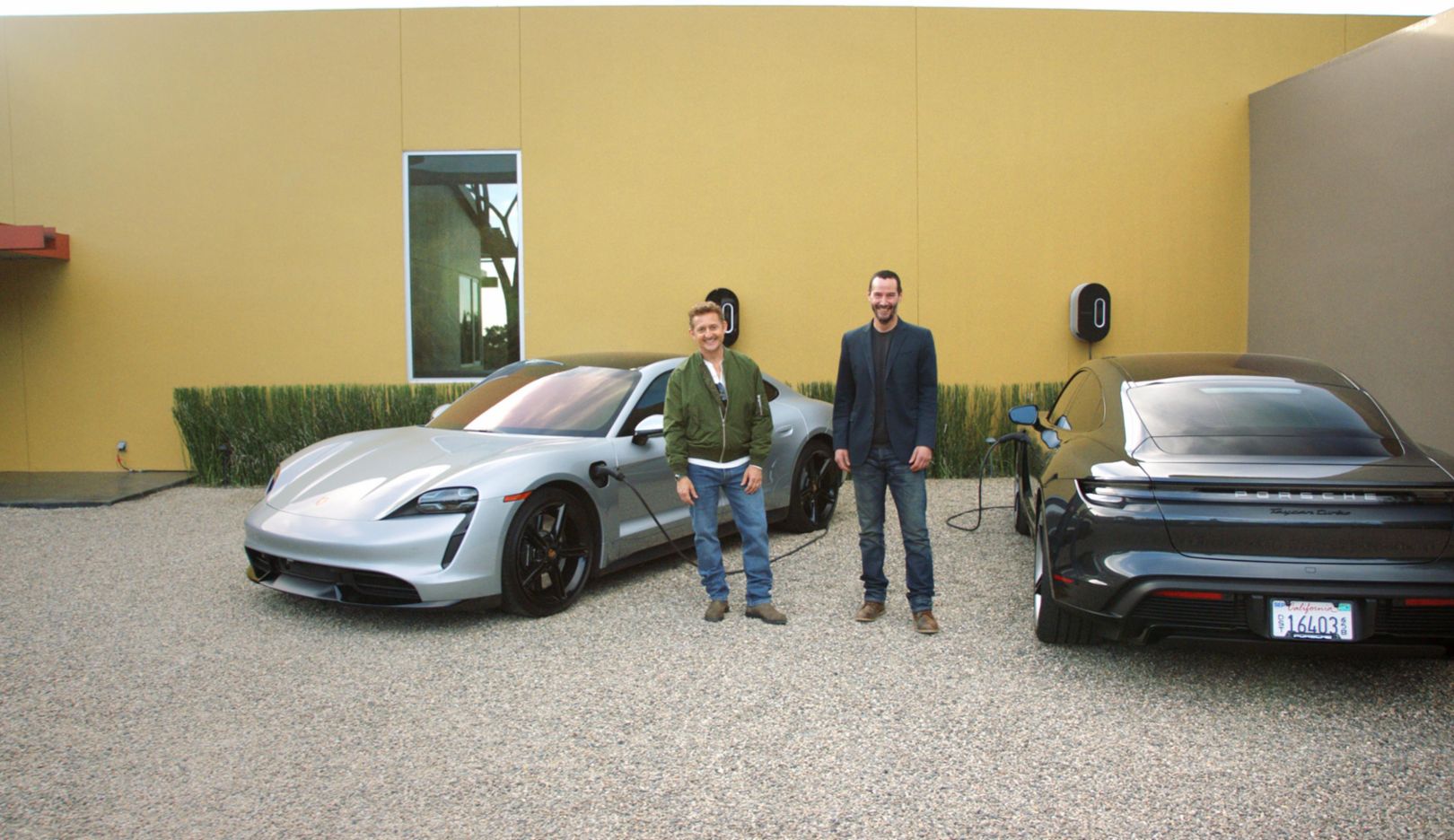 Two friends. Two cars. One charge. Join Porsche drivers Keanu Reeves and Alex Winter as they head down the Californian coast in the all-electric Porsche Taycan. Their destination: the Porsche Experience Center in Los Angeles. Their goal: see how hard they can drive on a single charge. Guest-starring some of the greatest icons of Porsche performance on the road today, sit down, buckle up, and enjoy the ride.

Watch ‘Going the Distance’, an eight-minute film about a road trip. In it, the two American Hollywood actors are given challenges by an all-star cast which test both friends to their limits, on closed roads

The Taycan Turbo is at the core of the Taycan line up – capable of accelerating from a standstill to 100 km/h in 3.2 seconds with Launch Control (Taycan Turbo: CO2 emissions combined 0 g/km, Electricity consumption combined 28.0 kwh/100 km), it’s equipped with four-wheel drive and, through its twin electric motors, it has a combined 670 hp.