Everything you need to know

Activision has unveiled the roadmap for Season 3 of Call of Duty: Black Ops Cold War and Warzone.

The company did this through the Call of Duty website. The third season kicks off this Thursday and will first change the Verdansk map in Warzone – the map takes on a theme inspired by the 1980s. The Black Ops Cold War cast is also introduced to the Warzone map.

Three new Operators will be added to both Black Ops Cold War and Warzone. First of all, it concerns Wraith, a former member of the Norwegian Intelligence Service. It is available from tier 0 in the battle pass for season three, immediately in the first week of the new season. Roman ‘Knight’ Gray, a premium DLC and Irish operator, will be released in the middle of the season. Antonov, a former mercenary, is also premium dlc. Captain Price is also being added to this season. It will be available to anyone who has purchased or purchased Black Ops Cold War at the start of Season 3. 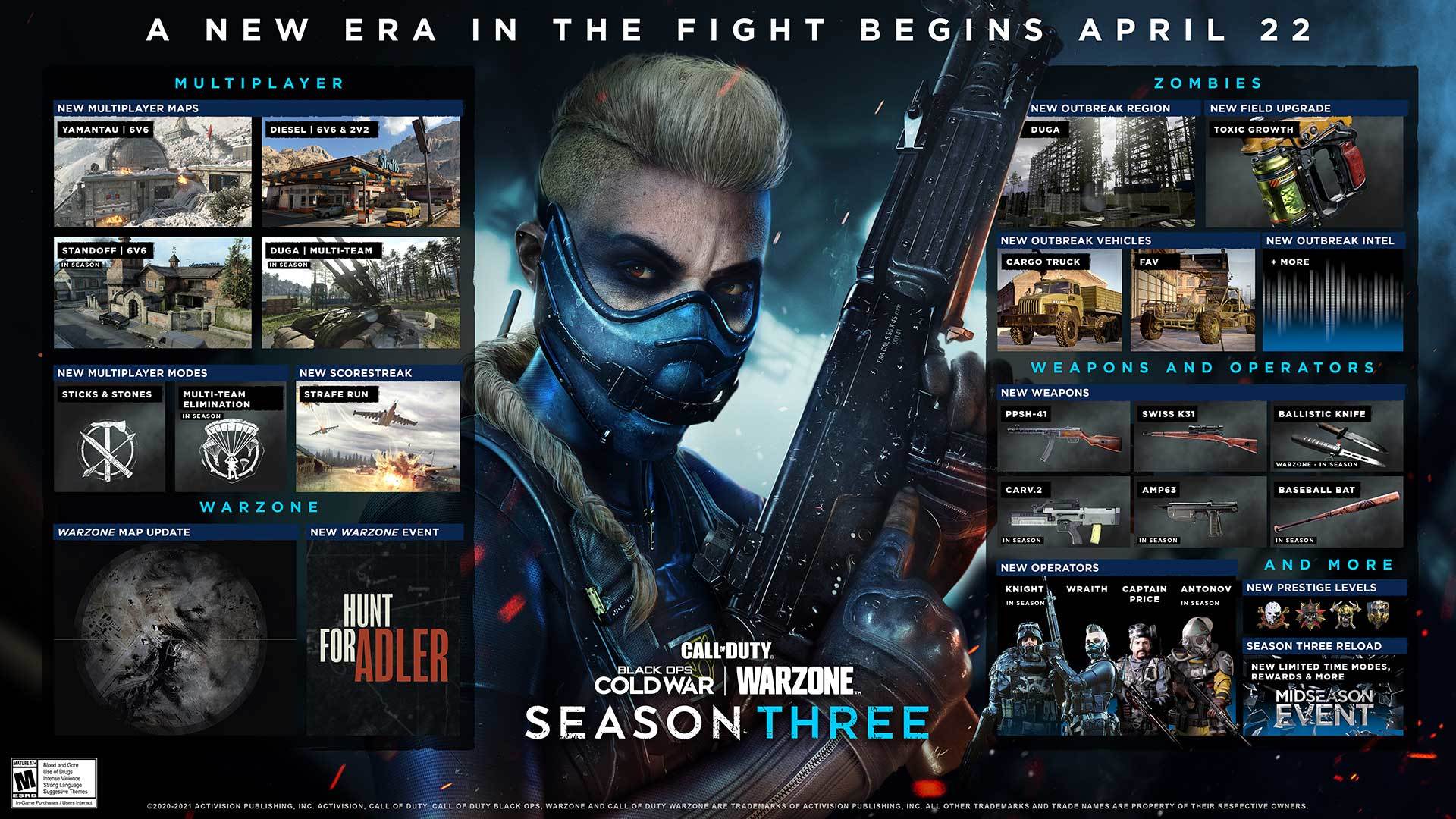 Six new weapons are also coming to the third season, including the PPSh-41 (a sub-machine gun), the Swiss K31 (a sniper rifle), the ballistic knife, the CARV.2 (a tactical rifle), the AMP63 (a pistol) and a baseball bat (melee). The last three weapons will be released during the season.

Black Ops Cold War will receive four new multiplayer maps, with the first two launching at the start of the season and the last two during the third season. These are Yamantau (6v6), Diesel (6v6 / 2v2 / 3v3), Standoff (6v6) and Duga (multiteam).

Season 3 also begins with the return of the Sticks and Stones mode, where each player starts a game with the R1 Shadowhunter Crossbow, the Ballistic Knife and a Tomahawk.

Throughout the season, the Multi-Team Elimination mode will become available, with multiple teams battling it out across the biggest maps of Black Ops Cold War.

The Warzone update is