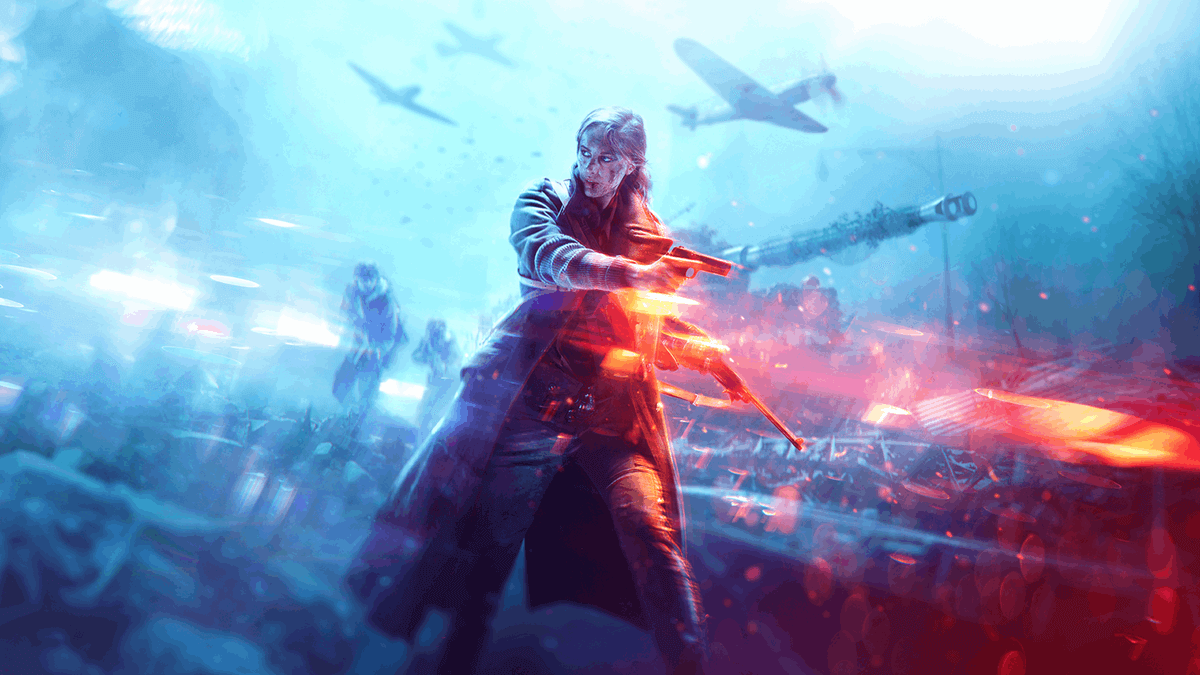 One thing is for sure we have been spoiled with great games in 2018. For example A Way Out (review), Jurassic World: Evolution, Red Dead Redemption 2, Hitman 2, ect.
However, the game year is not over yet. This week you can get started with Battlefield V and that is also an absolute top game. Games that bring us back to the world war setting always feel like a breath of fresh air. Personally, I was pretty done with all those modern and futuristic virtual wars.

The multiplayer of Battlefield V is again very good. The 8 available maps are all worth it, the classes deserve to be discovered and because you can now build some kind of obstacle in certain places, no shootout is the same. It is a mode that guarantees many hundreds of hours of fun.

In March there will also be a Battle Royale-like mode, so the party is actually complete. For now, in addition to the multiplayer, you can also get started with a series of single player missions. Just like with Battlefield 1, these are known as Warstories. They are separate stories that often last from one hour to one and a half hours before you complete them and show different facets of the battle.

Chaos and scale have always been the foundation of the Battlefield franchise, and Battlefield V is no different. Squads of soldiers relentlessly push towards objectives with either sheer force or improvised tactics while gunfire and explosions ring throughout the beautiful, but war-torn landscapes. It’s an overwhelming sensory experience and a fine execution of a familiar formula–if you play the right modes. 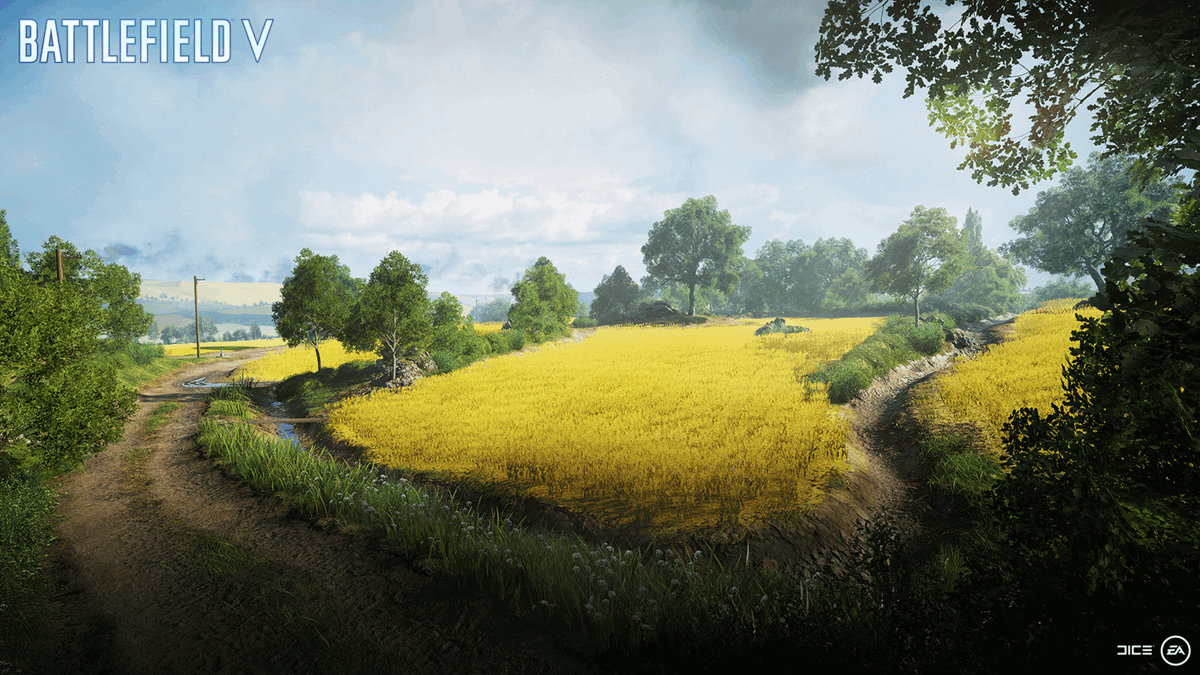 If you’ve ever played a Battlefield game before, then you’ll know multiplayer is the real reason to pick up this game, and there’s a lot to talk about. This should go without saying, but there here’s a good rundown of what’s in store for MP in Battlefield V. You’ll play a mix of new and iconic multiplayer modes delivering all-out warfare. This is where you and your squad create the only-in-Battlefield moments of unscripted chaos in a sandbox for up to 64 players.

Conquest
You and your squad must fight point-to-point in 64-player Conquest mode, working to gain control of key locations on a massive multiplayer map.

Conquest Assault
Every inch of ground becomes precious as a line of capture points focuses the battle into all-out firefights in Conquest Assault mode, reworked and improved from Battlefield 1. In a twist on Conquest, using a classic majority rule set, your strategic choices are brought to the forefront as attacking and defending forces are drawn to a single objective at a time.

Frontlines
A mix of Conquest, Rush, and Battlefield™ 4’s Obliteration mode. Frontlines pits teams in a fight for chained control points in a tug-of-war. Both teams fight for one flag at a time, and once this objective is captured, the action moves on to the next. Conquering the last flag opens the enemy base, and then certain objectives suddenly become vulnerable to planted explosives– a new addition in Frontlines for Battlefield V.

Domination
A scaled-down version of Conquest, this packs in just as much infantry-focused action. Two teams battle over ownership of multiple objectives. Owning at least half of these flags will cause the enemy team to start losing respawns. Control more than half, and your enemy team will bleed respawns even faster.

Team Deathmatch
This is Battlefield pure and simple. Work closely with your squad to dispatch the most enemies of the two infantry teams and victory is yours. Use the new Fortifications to change the face of the battle.

Airborne
Spearhead a Grand Operation by replicating the feats of WW2 airborne soldiers. Brave a storm of fire and steel as you parachute down and mount an offensive. Each team gets a set number of tickets that represent a player’s respawn, where each death drains the total number of tickets until there is a winner.

Breakthrough
One side will push to seize all control points in a sector, and to force the enemy to retreat. Each engagement in Breakthrough is a frantic fight to capture sectors as an attacker and, for the defense, on-the-fly planning to keep the opposition at bay.

Final Stand
A nail-biting, tie-breaking mode, Final Stand appears depending on how well your team performed in the first three days of a Grand Operation. If the two factions are evenly-matched after days of fighting, you’ll find yourself armed with depleted ammo and no respawns, in this mode to determine the winner 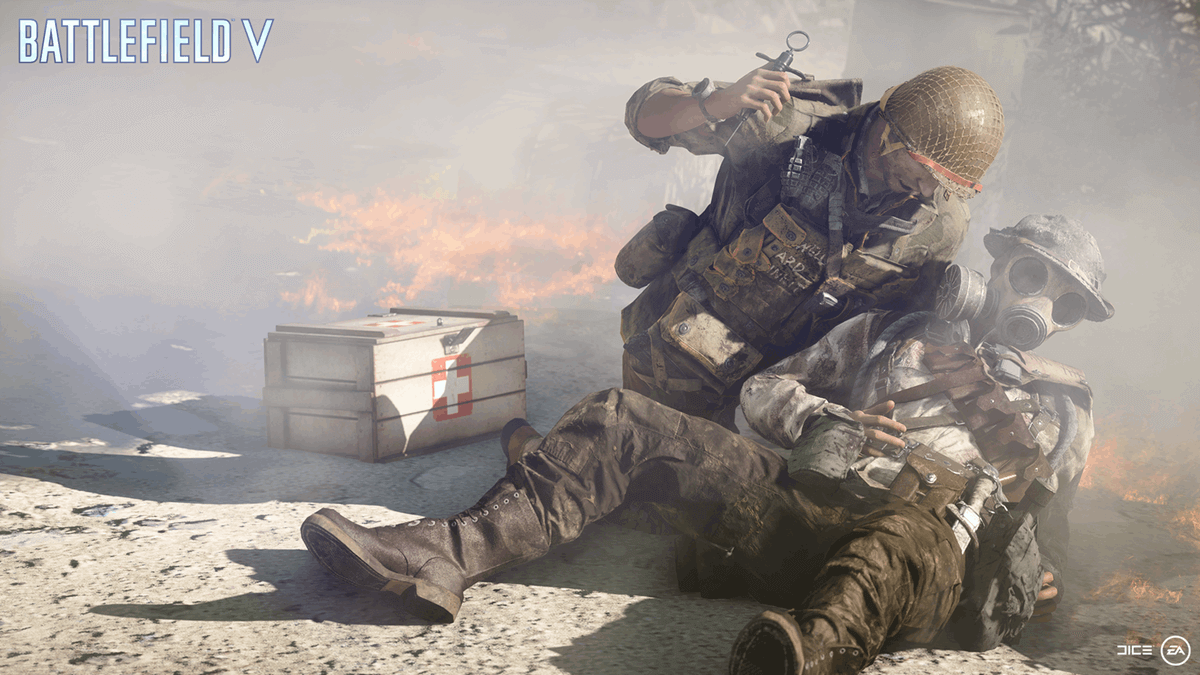 War stories portray real, relatable people facing brutal warfare filled with Battlefield moments. Witness the war through the eyes of the men and women who changed the world forever, as you take on unexpected and untold stories of human drama set against global conflict.

The following War Stories, all available at launch on November 20:

Prologue
Take on an intense introduction to the world of Battlefield V.

Nordlys
This story involves a young resistance fighter who carries a weight greater than her weapons and ammo. Her story centers on not only her fight for her country’s liberation from occupying forces but her family’s survival.

Under No Flag
Tasked with blowing up German air bases in the scorching North African desert, a young British criminal with poor judgment causes mayhem – but learns valuable lessons.

Tirailleur
It’s high-intensity all-out infantry warfare, where Senegalese units of the French Colonial Forces fight to liberate the French “homeland” that they’ve never even seen before. 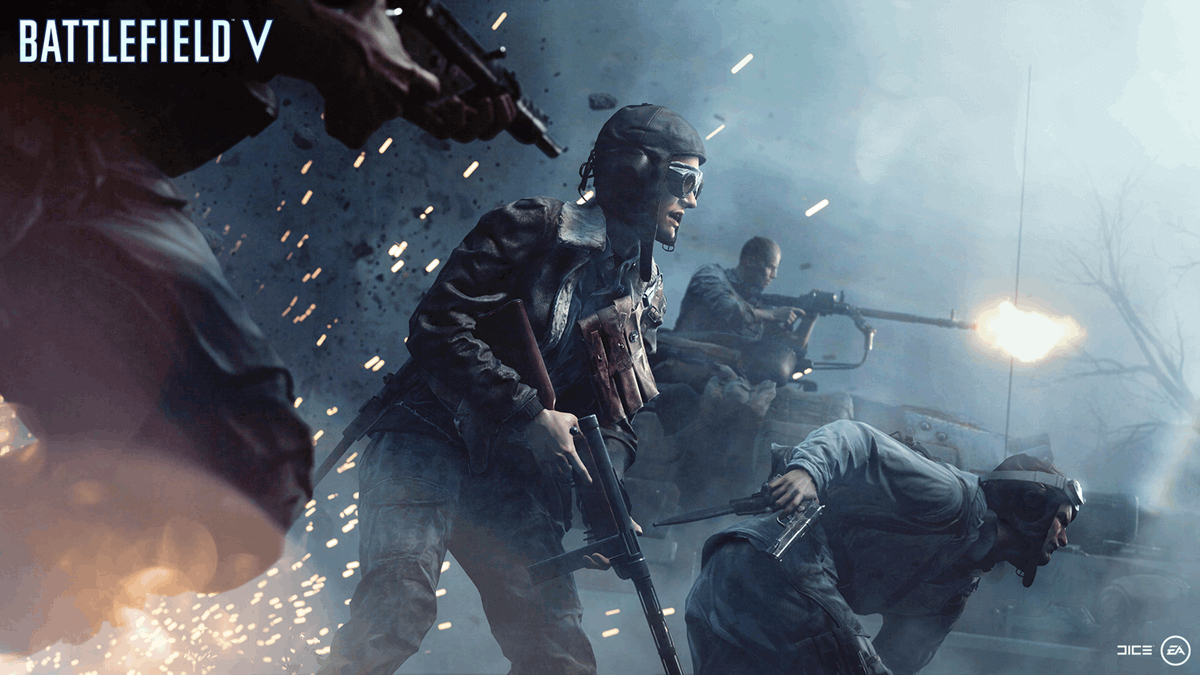 With eight maps set in frozen landscapes, desert heat, and everything in between, eight exciting game modes, single-player War Stories, outstanding gunplay, ​a wide arsenal of weapons, vehicles, and gadgets​, progression, customization, Specializations for weapons and vehicles, and much more – players will have tons to do on the November 20 launch of Battlefield V. But, this is just the beginning. Shortly after launch Battlefield V players will embark upon the live service journey known as Tides of War. Premium Pass is dead and ToW is an effort to keep the player base unified as the game evolves over time. ALL players will get new locations, new weapons, new vehicles, and more for free in the coming months after launch. 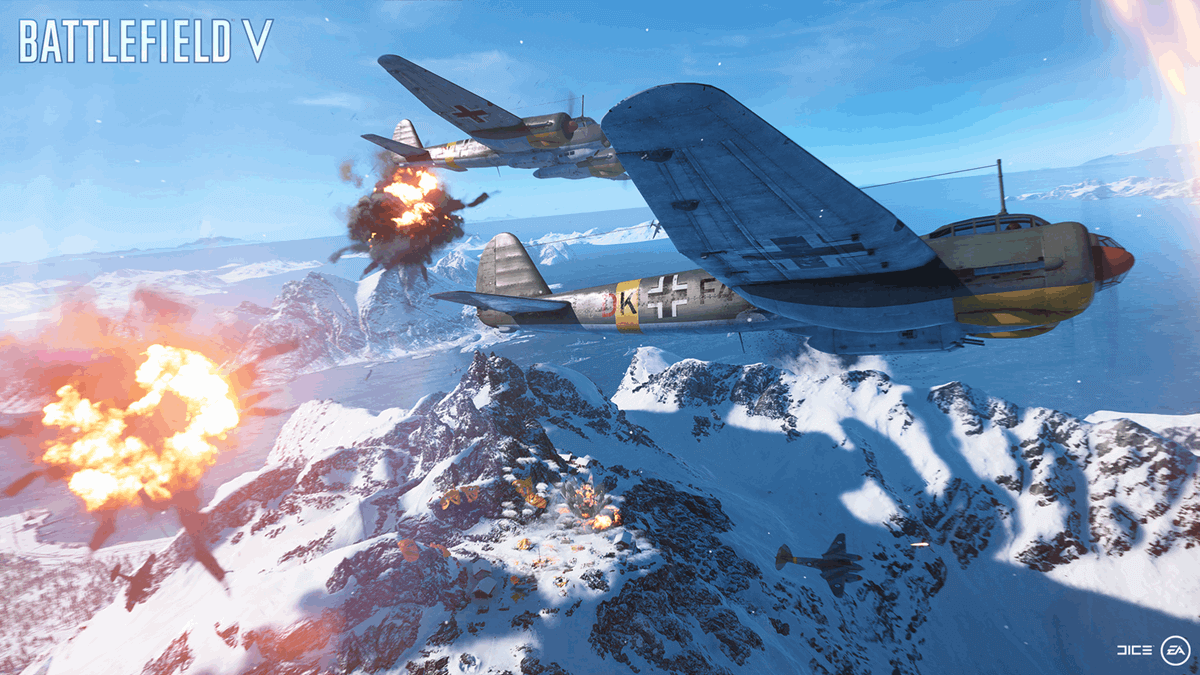 Evolving Gameplay
Thrilling ways of experiencing Battlefield V will be added through fresh Fortifications, and Reinforcements. Iconic WW2 hardware like vehicles, weapons, and gadgets will also be added.

New Experiences
Play through a new single-player War Story dubbed The Last Tiger, co-op with a friend in Combined Arms, do battle royale the Battlefield™ way in Firestorm, experience new game modes and Grand Operations, and hone skills in the upcoming Practice Range.

An Expanding World
You’ll get to deploy on fresh maps as chapters bring new battlefields. Shortly after launch, this starts with Belgium and the Panzerstorm map with tank-focused gameplay, expanding to the battlefields of Greece – and the journey will continue. 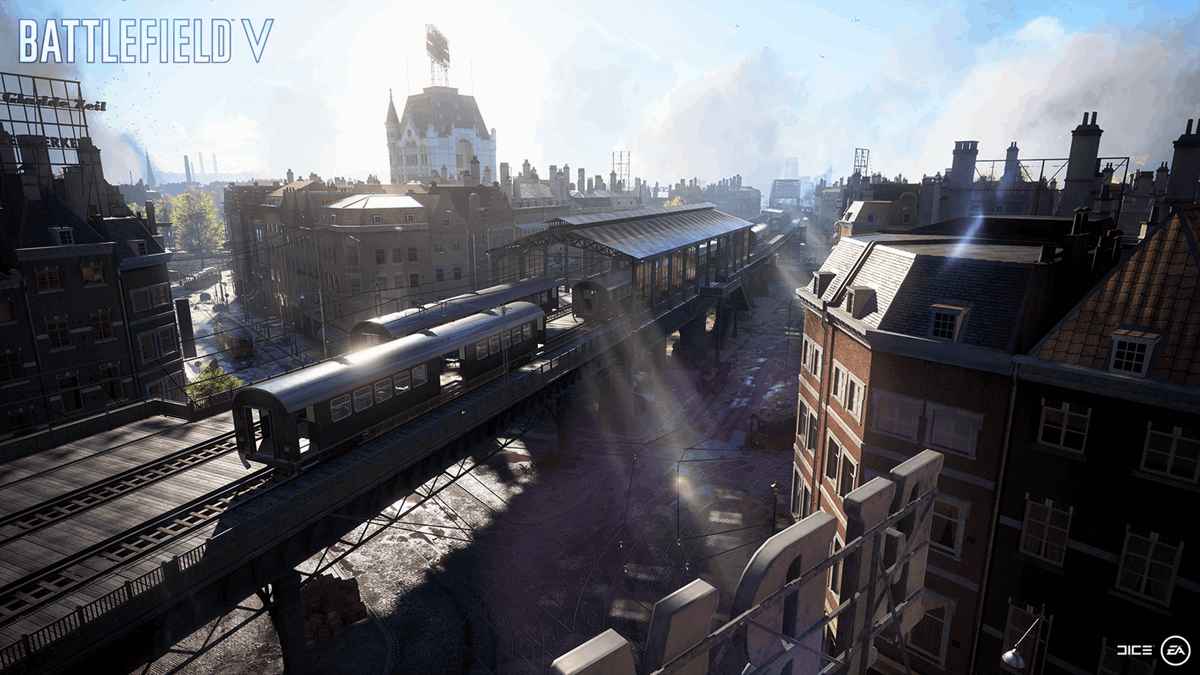 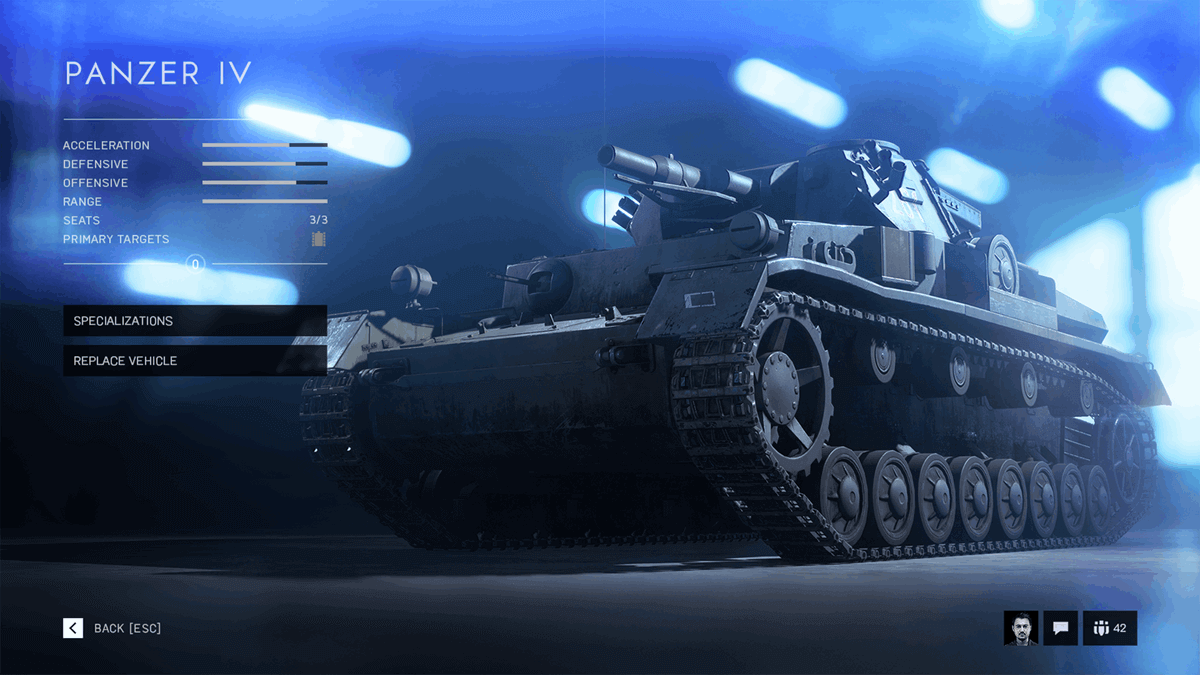 Sorry, this win action has expired.

Our Take
Battlefield V is an excellent World War II shooter and it has the potential to turn into a great one with a few updates.
PRO'S
Visuals are just stunning
Wonderful map design
New World War II stories
Impressive audio experience that elevates the better moments
Little tweaks to squads, classes, and resources emphasize teamwork
CON'S
A number of small bugs, will probably be fixed after the launch
Short and inconsistent campaign missions