[sublimevideo poster=”https://www.badchix.com/wp-content/uploads/2014/12/seen-on-badchix-predestination-blu-ray-review-02.jpg” src1=”https://badchix.us/content/Predestination-_Official_Trailer_2015-med.mp4″ src2=”(hd)https://badchix.us/content/Predestination-_Official_Trailer_2015.mp4″ src3=”https://badchix.us/content/Predestination-_Official_Trailer_2015.3gp” uid=”db6ce5ba” id=”db6ce5ba” width=”750″ height=”422″ settings=”autoresize:fit” settings=data-fullmode-enable=’true’]
[dropcap size=small]A[/dropcap] person goes back in time in order to catch an infamous terrorist known as the “Fizzle Bomber”—the agent stops the bomb, but is severely injured. The Fizzle Bomber escapes and the agent travels into the future, to 1992, using a coordinate transformer field kit—a time machine disguised as a violin case—with the help of an unknown person. The agent awakens to find that he has undergone cosmetic surgery to save his life. 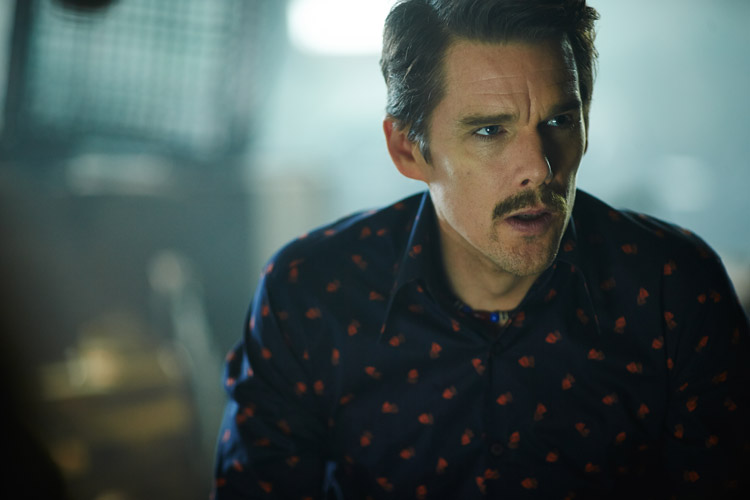 It is revealed that the agent works for a mysterious organization, known as the Temporal Bureau, that sends so-called “temporal agents” through time to prevent major crimes, and the Fizzle Bomber is the only criminal to elude them thus far. In March 1975, the Fizzle Bomber kills 11,000 people in New York City, United States (US).

Once the agent is healed, he is ordered to embark on a final mission before he is decommissioned. The agent uses his coordinate transformer field kit to travel back to the 1970s to work as a bartender in New York City. A male customer, whose “Unmarried Mother” pen name is used for writing magazine confessional testimonials, enters the bar to drink alcohol. 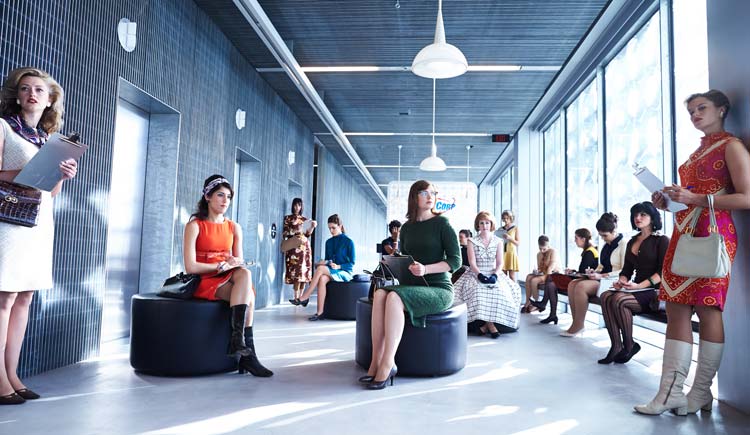 Cajoled by the bartender, Unmarried Mother proceeds to tell a story that he considers remarkable: He was born in 1945 and placed in an orphanage, as he was abandoned. Identified as a female, he is raised as “Jane.” As a young woman, Jane later tries to join the Space Corps and excels in the recruitment tests; but, Jane is disqualified when Space Corps doctors discover something about her physiology.

After being expelled from Space Corps, Jane attends night classes in Cleveland, US, where she meets and falls pregnant to an older man who eventually disappears. After finding out that she is pregnant to the older man, Jane brings the pregnancy to full term and, during the delivery of her child, the doctors discover the condition that led to her expulsion: Jane was born with fully formed male and female organs. Her baby is then kidnapped by an unknown man while still in hospital. Jane then transforms into a male, named John, following further operations.

Unmarried Mother concludes the story, and the bartender suddenly reveals that he knows the identity of the older male who left Jane, and offers John the chance to kill him. They both travel back in time to Cleveland and the bartender gives John a gun to enact the killing. However, John instead meets Jane, his younger female self, while the bartender/temporal agent uses his time machine to travel into the future—in his final opportunity to catch the Fizzle Bomber. However, the agent is knocked out by the bomber.

The bartender is later shown to be the kidnapper of Jane’s baby, before he meets back up with John, who has had sex with his earlier self, Jane, by this time. The bartender convinces John to abandon Jane and start working as a Temporal Agent at the Temporal Bureau.

Having completed his final mission, the bartender is instructed to choose his time and place of retirement—upon his arrival at that location, his field kit will be automatically decommissioned. He chooses to retire in a New York City apartment, around the time of the Fizzle Bomber’s March 1975 bombing, after receiving an envelope from his supervisor, Robertson. Upon his arrival, the field kit displays an error message after it is decommissioned; however, the retired agent does not report the error and opens the envelope which contains an instruction related to the March 1975 bombing. 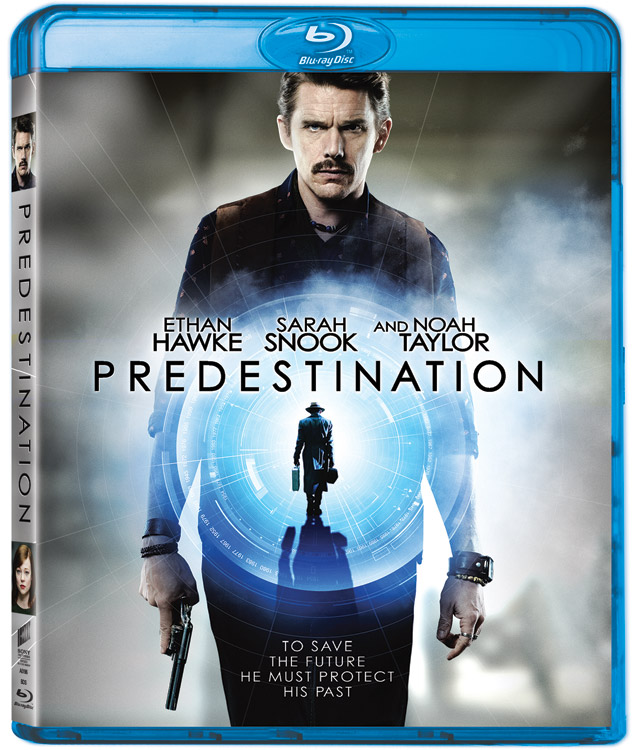 The agent eventually discovers that the Fizzle Bomber is an older version of himself. After arguing with his older self, he kills him with a handgun in a laundromat. A flashback scene then reveals that the agent is in fact Jane/John—completely changed after the reconstructive surgery at the beginning of the film—and finishes with John seated in the New York City apartment that he had requested for retirement.

Predestination stars Ethan Hawke (Sinister) in a film that caught us off guard and sent us home with the reality of just witnessing one of the best mind bending films of the year.

Ethan Hawke plays a bartender who is actually a time-travelling agent for a secret agency to jump in time as an opportunity to stop specific crimes. Hawkes received his final assignment, he is tasked with stopping the “Fizzle Bomber”, a terrorist that exploded a bomb in New York City in 1975 that killed over 11,000 citizens. The bartender had a chance to stop the bomber once before but failed and now after a recuperating after his final jump, he jumps from 1960’s through the 70’s, 80’s and 90’s to achieve his final objective.

The time travel machine used to jump is a pretty basic case, really don’t expect some high-tech fancy looking time machine – because in this Sci-Fi | Thriller film the time machine is a violin case where the adjustment of the numbered and lettered locking mechanism determines the date to which one will travel. It is during an early jump that Hawkes character finds himself in the 1960’s acting as a bartender in a small dive bar. It’s here where he meets the character played by Sarah Snook (again, no name is given for the character just the description “The Unmarried Mother”). The two main characters begin a conversation that is part Tarantino part Mamet in its delivery and genius. The Unmarried Mother begins to weave a tale so unbelievable that it’s mesmerizing to hear it unravel. The bartender does not seem as overly surprised at the details and at the conclusion of the anguishing story, he offers the Unmarried Mother an opportunity to go back in time to face the person which caused her such grief.

The time jump of the two characters sets the timeline path for a story that goes in directions that will be completely unseen. By the time the Unmarried Mother meets her oppressor and the Bartender confronts the Fizzle Bomber the directing duo of the of Spierig Brothers (Peter and Michael) have laid out a complex plot of intersecting stories best described as a “snake eating its own tail.”

The Blu-ray disk has a few extra’s like: All you Zombies – behind the scenes of Predestination, an hour plus of extra footage, cast & crew about the film and some funny bloopers.